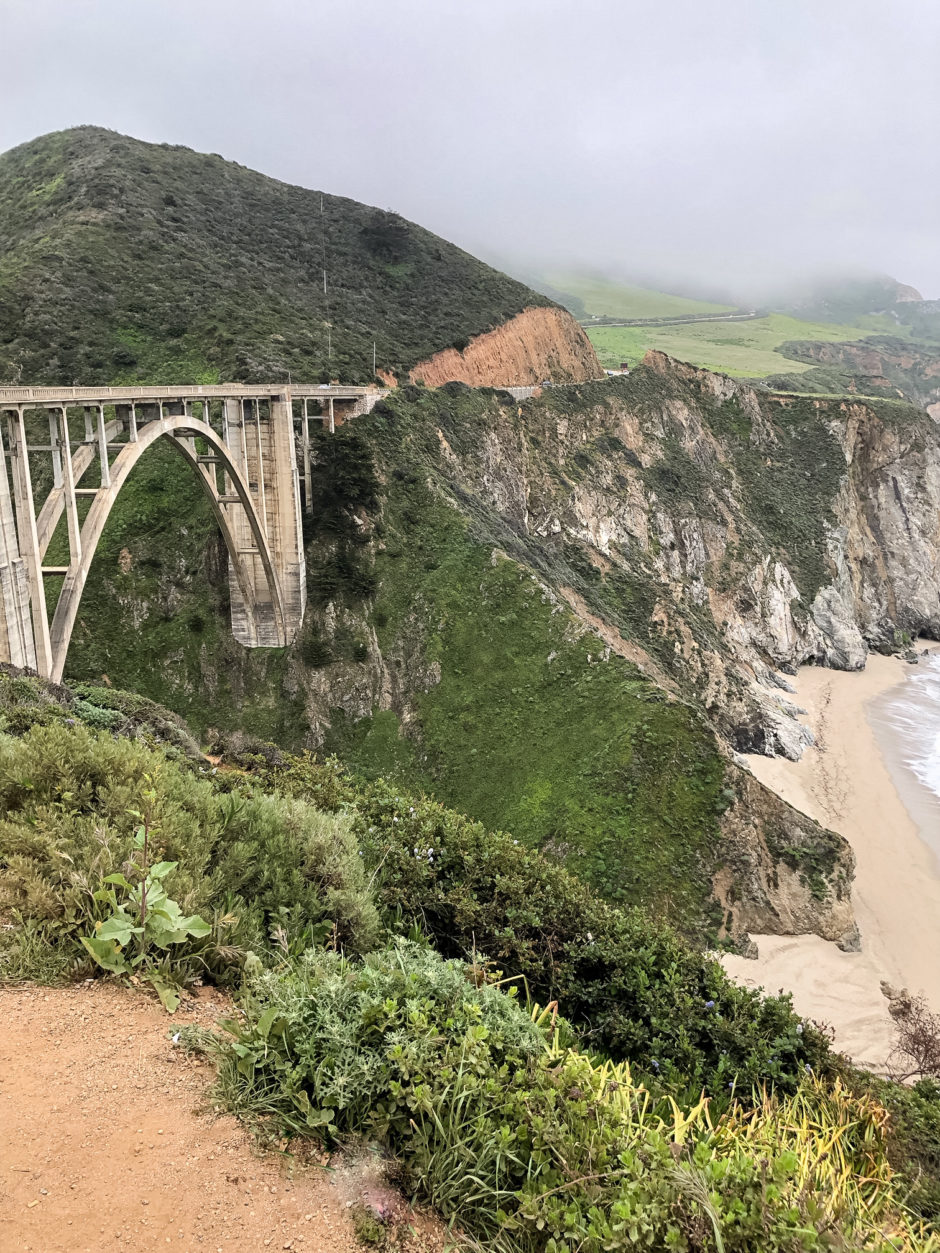 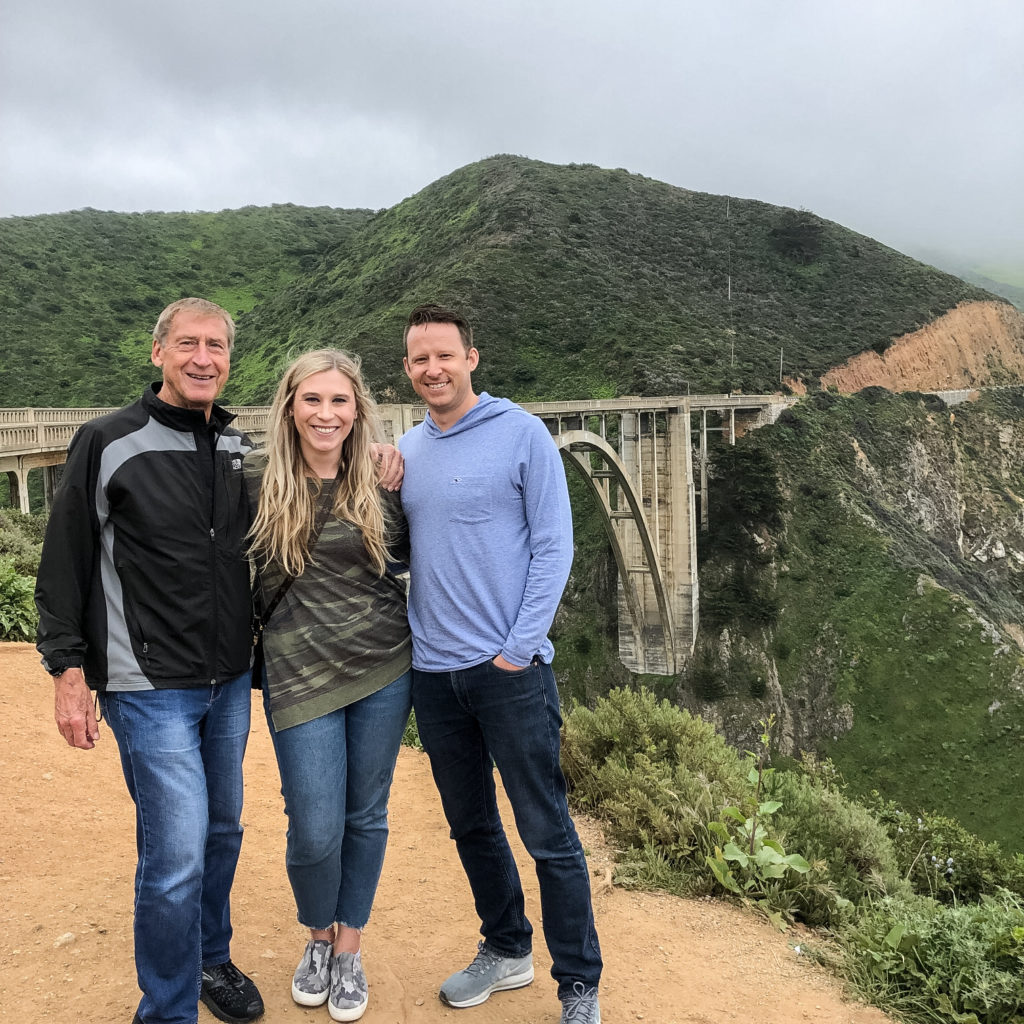 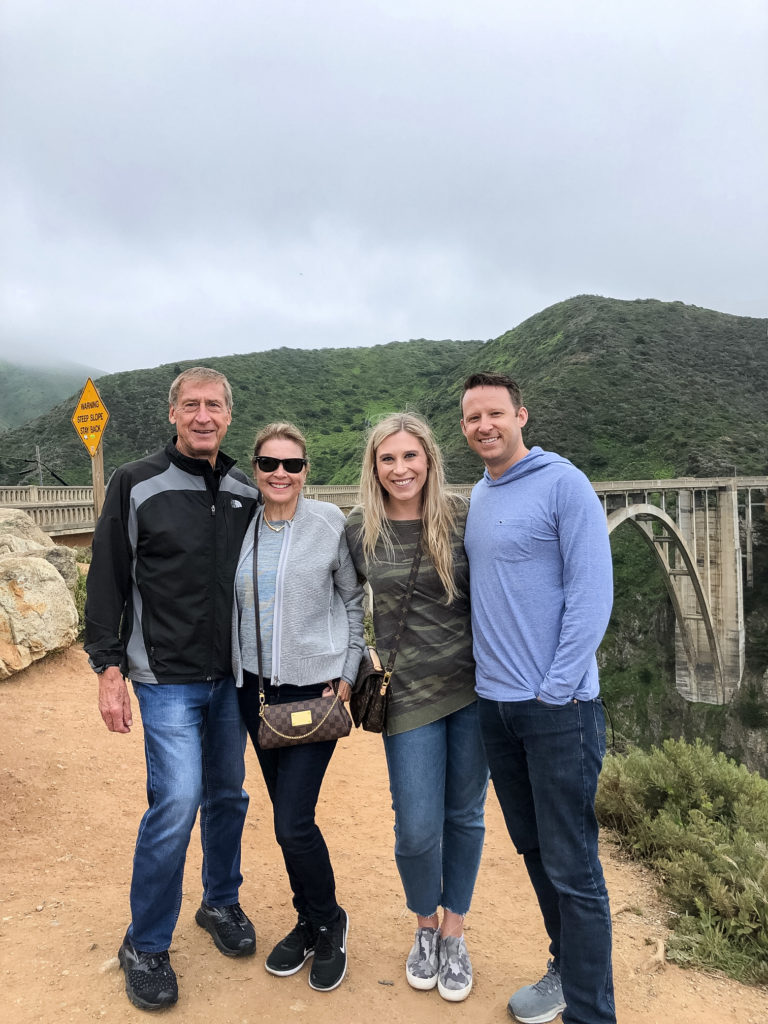 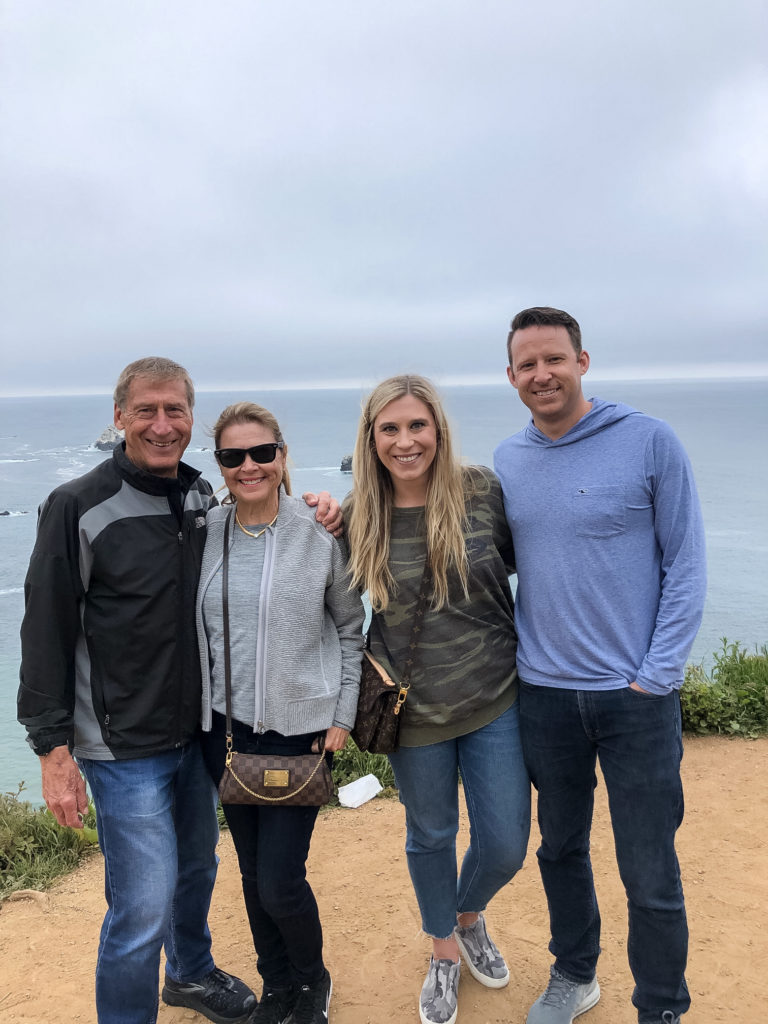 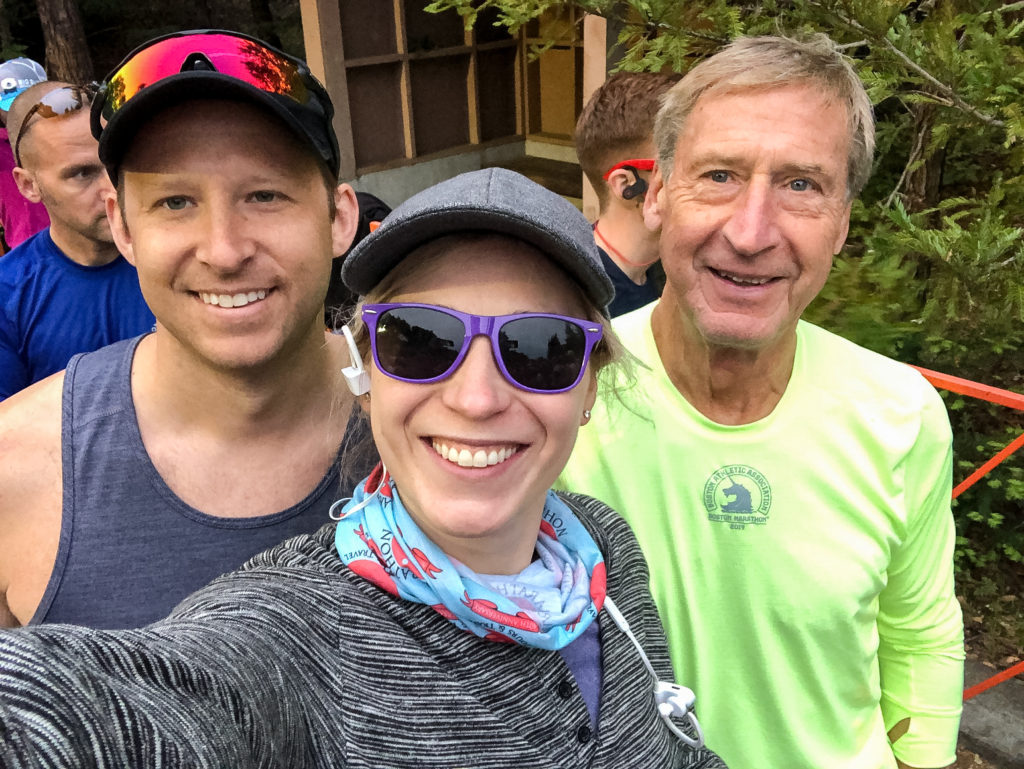 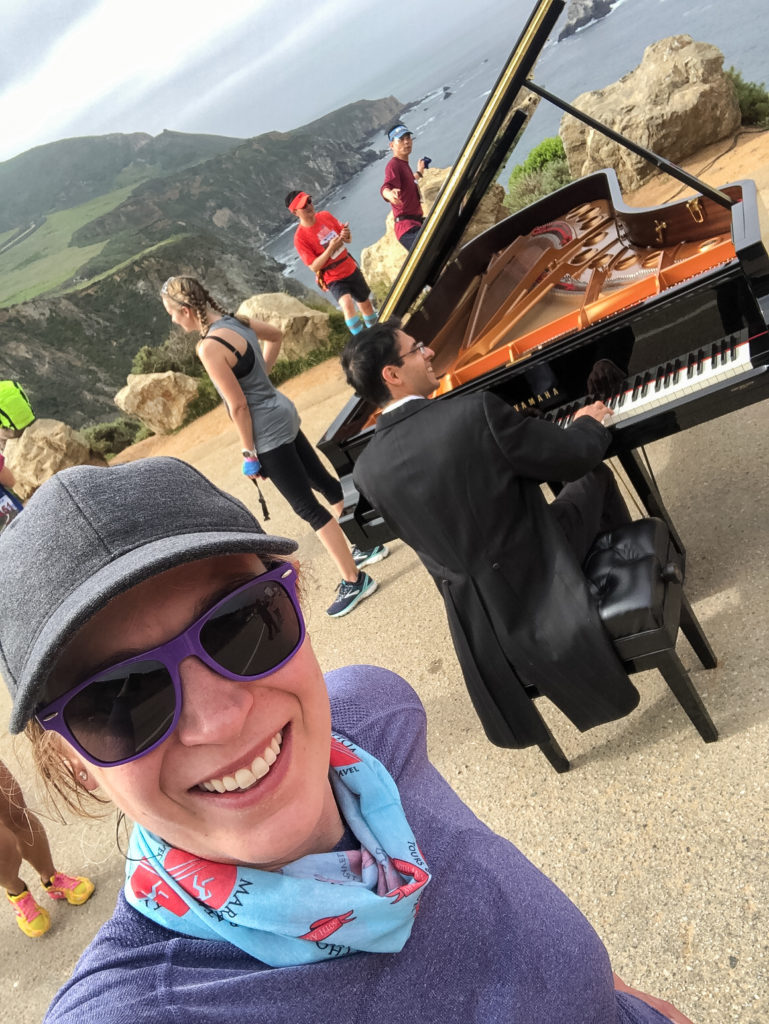 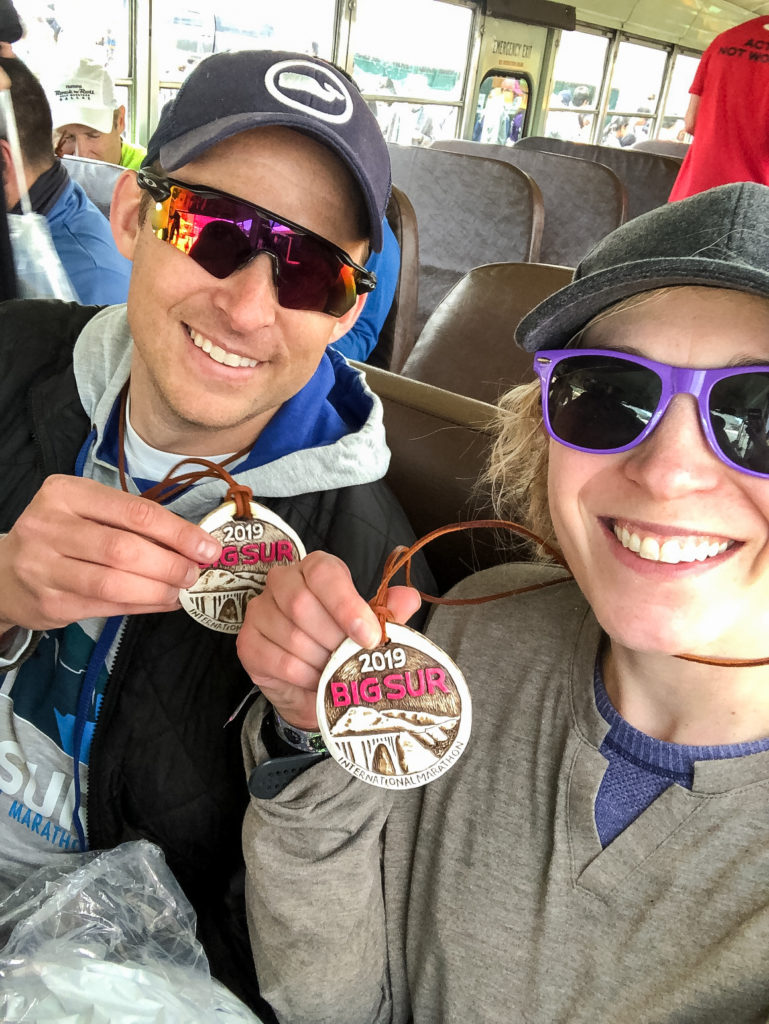 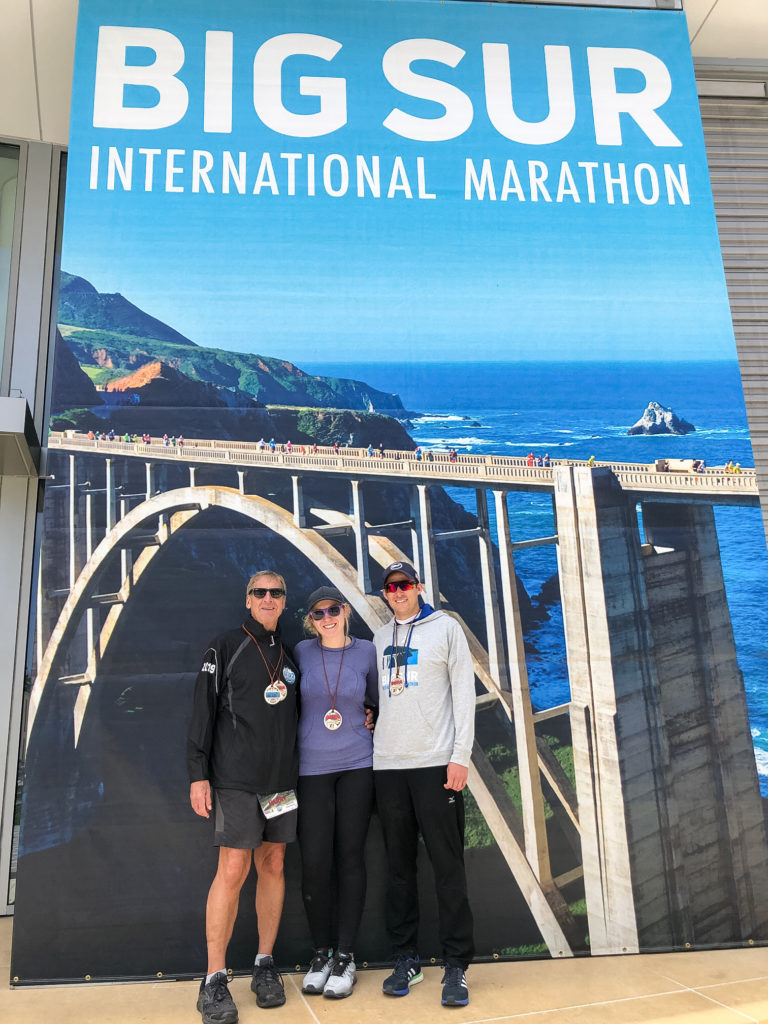 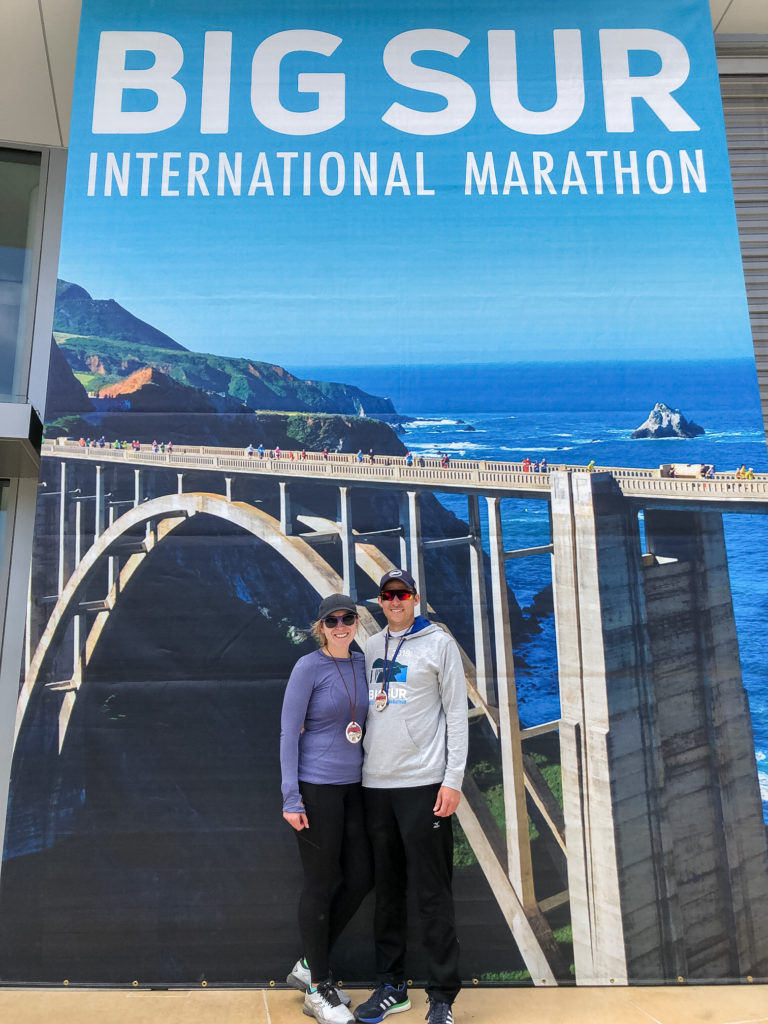 A little less than a month ago my husband, Dad, and I ran the Big Sur Marathon. To say that we had a blast would be an understatement!

The scenery in Monterey Bay is unbelievable. It almost reminds me of Maine or the East Coast. That may be because those places just remind me of harbors but it wasn’t the scenery I was remembering. When I was in high school we stayed in Carmel and not in Monterey. There is a 17 mile drive in that area that really spans a lot of different types of scenery.  We booked our marathon through Marathon Tours and they scheduled some touristy activities for us, one of them being going on that 17 miles drive. We got to drive through Pebble Beach on the tour which was breathtaking.  I cannot believe the view and the scenery.

Since Monterey Bay is on the coast, the climate there is very consistent year round. The temps are always cooler at night and morning and warmed up to around 70 during the day. Our hotel did not even have air conditioning because of that. We would sleep with the windows open for part of the night. The first night we were there I had to close the window because the barking outside was keeping me up.  Later we came to find out that it was actually the seals that were barking like that and not dogs. That totally blew my mind that we were so close to the water and could hear them all night.

We got to do a couple of easy runs before the marathon and would run along the ocean. The running trails were amazing, we saw so many people out in the morning and it was just fun to be a part of the anticipation leading up to the marathon. The trail that we ran on went right by the Monterey Bay Aquarium. I had been there before but I really wanted to go back since it had been such a long time. We had a blast seeing the penguins and took some videos to show the girls once we got home.

The Big Sur marathon was so hard.  It was by far the hardest one I’ve done. It was also the prettiest marathon I have ever done.  This was my seventh that I have done so I do have a couple to compare them to. I am so happy I did the race but I don’t think I’ll be doing it again for awhile.

Back to School Kids…